Are you fluent in emoji? Do you understand it but have a hard time speaking? Let’s practice a little bit. Try to translate these well-known quotes written in emojis:

If emoji is the new global language that anyone can interpret, why do we even bother with translation studies, machine translation, AI-enhanced translation processes, and services?

Let’s zoom out and see what emoji really is. Emoji is a word derived from Japanese e(絵, "picture") + moji (文字, "character"); the resemblance to the English words emotion and emoticon is purely coincidental. There are currently 3019 emojis approved and coordinated by the Unicode Consortium, the board that oversees the character inventory of electronic text processing since 1991. The Consortium lays out the framework for emojis and what objects/personas/emotions should be depicted. The consortium allows companies such as Google and Apple to come up with their own creations of the emojis varying in design as long as they stay within the defined frameworks.

Emoji is now the fastest-growing language in the UK, evolving faster than the ancient forms of communication such as hieroglyphics, according to Prof. Vyv Evans from Bangor University. A recent survey found out that 72% of 18-25 year-olds say that they find it easier to convey their feelings in emojis than in text. No longer just a youngster trend, emojis are now regularly used by 77% of people aged 56-64 according to a study. It is estimated that in a single day more than 700 million emojis are used on Facebook alone. 6 billion emojis are sent via mobile messaging apps worldwide every day. 92% of all people online use emoji daily. They’ve become so popular that netspeak is dying now. For example, LOL has now been replaced with 😊 and OMG with 😲. Take a step back and try to imagine social media, instant messaging, and even billboards without emojis. Nearly impossible.

We may be witnessing the birth of a brand-new type of language. Emojis have become a quick and easy way to express emotion while transcending language barriers. If the popularity of emojis continues to grow, and if more classics like Moby Dick are translated into emojis, what will that mean for the future of language and linguists, or the eloquence of writers and poets?

Many believe it should already take its place as an official language next to English and Chinese, Italian and French. According to the linguist and author Gretchen McCulloch, “emojis are trying to solve one of the big problems of writing online, which is that you have the words but you don’t have the tone of voice”. In the age of rapid and virtual chats, emojis prevent miscommunication by adding an emotional warmth to cold copy. Yet, emojis continue to be a “linguistic Armageddon” for some.

Emojis are not so far from the 600 Chinese characters that are pictograms. The distinction can be made with the lack of sounds in emojis unless you’re okay with saying “face with heart eyes” in your day to day life. Emojis can then be classed with gestures that we use, like a smile (😊), raised eyebrows (🤨) or a nod. Clive Thompson, on the other hand, argues that people are actually developing syntax and rules of use for emojis. For example, “when we use a face emoji, we tend to put them before other objects”. If you want to text: “I am late for the flight”, you’ll put an unhappy face followed by a plane, not visa versa. In linguistic terms, this is called conveying “stance.” Similar to in-person conversation, the expression illustrates our stance before we speak a word. But does this amount to a proper language?

According to Johanna Nichols, a former professor of linguistics at UC Berkeley, the gold standard for distinguishing languages is “mutual intelligibility.” In other words, the criterion is whether a speaker of one language and a speaker of another will understand one another when they try to converse. If we stick to a strict definition of language, emojis certainly do not make the cut. However, if we define a language as a system of words or signs people use to express thoughts and feelings emojis might have a chance.

Whether emojis can replace English or any other formal language is a question that still needs answers. However, it’s undeniable that emojis have evolved into a meaningful communicative system, allowing users worldwide to express feelings, thoughts, and ideas in new visual ways. For some people emojis replace words and for some, they simply aid in written communication to better transfer the underlying emotions.

Whether or not emojis are a language in their own right, they certainly represent an interesting and entertaining evolution of language universally. No linguist would think that the emergence of emojis is the end of writing. Emojis can only serve as an upgrade to text. The world has turned into a digital content production factory, and web users whether they’re aware of it or not are the voluntary producers of that factory. Young and old, everybody writes direct messages, social media captions, and comments, leading to more language output in text form than ever before in human history. In this gigantic digital language factory, emojis can only serve as the language of emotion! 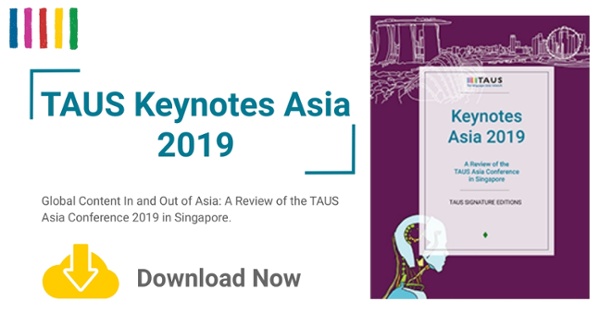