When will MT reach a higher quality? Are customers adapting to the MT culture? How about translators in the new tech landscape? Marco Trombetti, CEO Translated, shares his perspective on these questions supported by many data points. He suggests we either change the way we do translation or content.

The CEO of Translated, Marco Trombetti is a serial innovator, educator and community builder with plenty of fact-backed ideas about the path forward for the translation industry. We asked him our now-traditional billion-dollar question about where the first unicorn will come from? Along with other timely queries.

Marco Trombetti: The translation industry can be best compared to the legal industry where trust and relationships are the glue that keeps providers and customer together more than anything else. This means that we are always “fragmented” in the sense that individual companies are all unique.

We have certainly seen tremendous improvements in technology since say 2000 with near-constant improvements in leverage, but we don’t tend to observe huge changes from one year to the next due to some market or technology shift as can happen in other industries.

So to reach the one billion mark, we either need a huge new technology leap or a major M&A such as the three top players joining forces as a single company. But even if they did, this wouldn’t really create new wealth – it would just move around what there is already.

What kind of leaps in technology could help create unicorns?

If we were to somehow build a powerful translation technology, it would still take some time to reach a billion dollars. The fastest company in recent history to reach this valuation was the electric scooter startup Bird. Usually, it takes up to eight years, so we certainly won’t see anything like this in translation next year!

Another way would be a big jump in how content gets produced. Recently for example, OpenAi announced a new language model for generating “fake” text of very high quality. And Google Brain was already using Transformer technology to summarize Wikipedia a year ago. So if we can generate content directly in the desired target language, then maybe we won't need to translate at all! 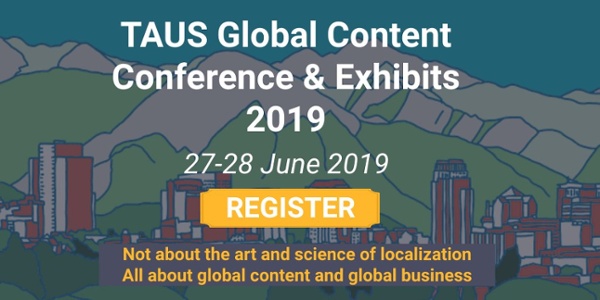 How long before MT reaches the quality sweet spot?

I think it is unlikely that we’ll get much better quality NMT in the near future. At Translated, we started using MT back in 2002, doing post editing with rule-driven Systran output. We shifted to an SMT system in 2004-5 and started experimenting with NMT back in 2010, ready for full production in 2016. Luckily, we have kept using the same technology platform for our translators, so we have been able to track the changes translators made over a long period.

Starting in 2002 we found that translators were changing 47% of a sentence – a pretty random figure so it brings no advantages when using MT. When we switched to SMT, that percentage on average (for our top ten language pairs) dropped immediately to 35%, and then tailed off in 2015 to an average PE rate of 26% changes. So the rate of translator changes to MT output has been falling, and the overall MT+PE system has improved over time.

But the day we started using NMT, we dropped immediately to a 24% PE rate and it’s now down to 21%. In other words, we are approaching a point where there is almost no need to post-edit!

The more interesting thing, however, is that we don’t need to reach zero edits to be perfect. We took 100% matches from the translation memories and asked translators to review them, and they edited about 11% problems in 100 matches. So it looks as if 11% is the break-off point for post-editing.

Are customers adapting easily to a default MT culture?

We find that MT is completely underrated by both LSPs and end users.

The MT market is worth about $200M, and the industry as a whole about $40B. When we do MT+PE, we record the amount of time the translator takes to correct the sentence. We find that in any language pair, there’s an increase in speed from 25% minimum up to a very high 70 or 80%. So the 40% of translator time spent on MT, based on the rate per word, is creating a $16B saving.

In other words, we are not going to sell MT as a service, but try and make our complete product sheer magic – i.e. invisible. But I still don’t understand why companies have not invested more in NMT engines themselves, despite all the learning and support that means. It would still enable you to invest in the future.

How are translators handling the new tech landscape?

About five years ago, when we started integrating MT deeply in every process, there was a brief moment when translators were skeptical. Today if our MT is down even for one minute, we receive hundreds of email complaints. So all translators now rely on MT, and most of our workforce have embraced it totally, focusing their main skills on the higher-level creative stuff.

The real problem is how to bring everyone up to digital mindset speed. So we have set up a Pi Campus School located in Rome (using VC funding) to train people in new technology and AI skills. We have also brought in 38 translators working on-site to quickly learn how to become professionals, with three months’ training on leadership, post-editing and other skills. This Pi Campus school is also running tailored programs for our customers. This educational process is vital.

We see a lot of new jobs emerging, starting in 2018 with helping machines to learn rather than translating for publication. For large amounts of content, you can use your top people to select and translate the content and then use this to help the machine improve. So we are helping the machines to become better, which in some ways is scary, but it helps the industry grow.

Over the long term, the average size of translation jobs has decreased from entire manuals to strings in a continuous localization flow today. This more dynamic content approach needs a new production line, with fast turnaround and 24-hours review. Ultimately the pressure to integrate translation into the way content is created is leading to instantaneous translation without human intervention.

You’re also a confirmed innovation enabler. What’s in the pipeline?

I’m very interested in how we can improve data quality. We now need to provide learning machines with examples of better humans, not just the average. For this, there is an interesting unused source - non-text data. If you lock me in a room with books in two languages, I can learn to translate a bit. But we humans learn how to translate well because we use our senses such as vision for disambiguation.

So it is time to build learning models that add in YouTube to carry out visual disambiguation, just as humans do. Vision-2-meaning is complex and compute-heavy, but can be a very efficient process using deep learning. GPUs are doubling their performance every year so this will happen soon.

We have already a lot of monolingual videos, where we can extract meaning, in a similar way word2vec does for text. The world has also been dubbing videos for years so we have the same image in very large amounts of data plus the source and target languages of the context, so we can learn a lot from the context of these two versions.

We are aiming to deliver a prototype in 18 months that will hopefully be better than state of the art. European Union funding would be nice, although Translated has already invested some of its own money and the components are in place. So keep your eyes open!

If you want to find out more about the sources of Marco Trombetti’s optimism and creativity, check out his book The New Prince available on Amazon or for free on https://marcotrombetti.com.