Here is the latest TAUS Interview with John Fennelly, CEO of Lionbridge, he suggests to focus on the customer, not the workflow. Also shares insights on Lionbridge acquiring Gengo.

Prior to becoming Lionbridge Technologies President and Chief Executive Officer in July 2017 John Fennelly had spent most of previous career in the financial service and fintech software business. But he was intrigued by the localization and translation space and felt it was “ripe for transformation” He reckoned Lionbridge represented a great challenge, but also an opportunity, as it was largely undervalued and “there were levels of complexity we could simplify.” In light of our “Fixing the translation ecosystem” theme, we asked him to explain more!

What was your biggest surprise when you took over the reins of a translation supplier?

I was amazed at how manual this business is. But at the same time, it’s an industry that is transforming much faster than many people realize, with lots of new entrants, particularly on the technology front.

For example, now that neural MT is an integral part of the supply chain and content transformation, there is the ability to translate so much more than before. Within the ecosystem, work is changing from handling monolithic blocks of text to dealing rapidly with much smaller post-edit functions, and increasingly smaller jobs. At the same time, voice-activated devices are arriving alongside the Internet of Things and other smart systems. This means we shall be increasingly working with localizing these newer systems and products.

How will this trend impact the future of the industry?

So I foresee a process of consolidation with a few large-scale players in the enterprise space. And yes, we hypothesize that we could see unicorns emerge on the technology front. The fact is that there’s a vast universe of content available, and with the technology being developed you have the potential to unlock extremely large amounts of content to translate and localize that was previously unavailable. So I see the future as “ localization of all content in any language.”

As in the financial services sector, you get scale from large players, but that creates opportunities for small players at the edge who are very specialized. This mix of very large players and smaller, nimbler niche players may well be the future of this industry if it isn’t already. The problem is that a lot of companies get stuck in the middle and this impacts pricing, so you end up with a mixed model rather than a massive shift in the segmentation of the market. 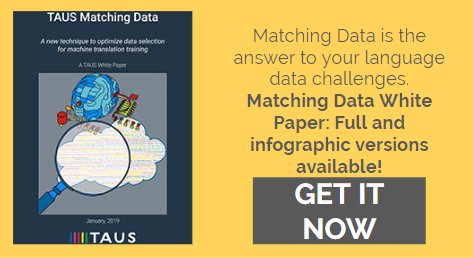 How do you see workflows evolving?

I come from a background in financial services, where we had a lot of people working in operations, but their main task was to deal with exceptions or problems, but not with basic transactions. In the translation business, on the other hand, the most central processes involve unpacking data and then normalizing it and then sending it out to get translated and then getting it back, quality checking it and repackaging it and then sending back to the customer. This is a fairly inefficient approach that distances us from our principal concern – turnaround time for the customer.

All this process work should become part of the infrastructure rather than the core business. We’ve made many acquisitions of tools and technology, so the next step is to radically simplify our organization and get much closer to satisfying customer’s increasing demands.

So given the variety of players in this space, we are focused on delivering at scale with rapid turnaround for our customers. As for threats, I'm always worried about what I don't see. And that means truly disruptive technology, or a simpler business model, with deep connections to content providers within the ecosystem.

Is there a big enough market for competitive technology as such? Or should it become a more common resource?

It seems to me that smaller companies have hit a relative ceiling in the CAT tool space. And in any case, customers are more concerned about speed than how things go through the pipeline. I would agree that we do not have to build everything ourselves, and if we are becoming tech-dependent, it might be interesting to take a more utility type of approach to technology, even though legal, competitive and confidentiality norms will get in the way.

Frankly, I was surprised when I came into the industry by how many people were interested in how the actual process works - what you call the 21st-century translation pipeline. In my view, customers tend to move away from worries about such things as project management and are far more focused on the end product. They want two key things: quality and speed. And in this industry and others, these are typically contradictory. But the real differentiator will be faster turnaround time - squeezing delays from 3 weeks to 3 days or even faster– so there will be a process of natural selection hitting those companies who can’t keep up with customer demand.

How do you mobilize your workforce?

The key challenge is how to attract the right talent. In general, I think having the right talent and aligning them behind a shared set of values is the most important thing for the company. Our biggest barrier to growth over the next five years will be the ability to recruit very talented and curious people. On the translator front, the ones that will be most successful in the future are those who embrace technology in ] the post edit and voice-activated world. We also need talent in AI and the technology space. This will mean building and fostering a much nimbler community.

In the end, it comes down to recognizing that your people are your most important asset, and delivering what customers want as fast as possible is your ultimate goal.

Finally, tell us why you recently purchased the translation company Gengo!

The rationale was threefold: First, Gengo’s advanced technology platform will accelerate our transition to a technology-enabled services company. Second, Gengo’s technology assets are a fantastic complement to our Machine Intelligence business and will immediately enhance the capabilities in data training, image recognition and machine learning that we offer to customers. And lastly, the Gengo team is a uniquely talented group who will be taking on key roles at Lionbridge. Matt Romaine, for example, will stay with the company and continue to run Gengo while taking on additional responsibilities in the company.

Overall, this acquisition is closely aligned with our technology and AI strategy. It also nicely complements the continued expansion of our Life Sciences and Games capabilities in the large Japanese market. In the long run, Gengo will operate under the Lionbridge brand.

John Fennelly was amused to let it be known that before he took over at Lionbridge, he was involved in a venture project to buy out yet another large translation company, the Delaware-based TransPerfect. Although unsuccessful, that move must have given John a real taste for testing the waters of the translation industry. And pretty rapidly adding a new acquisition. May his customers rejoice!