Obviously, the literal and figurative use of the word "toxic" can lead to implications in terms of defining the psychological and scientific status of our planet. Seeing that “toxic” is finding its way into various fields and contexts, I wonder if it has a place in defining certain aspects or challenges of the translation and localization industry.

For vocabulary fanatics like myself, last week was an exciting time, as the Oxford Dictionaries announced the “Word of the Year 2018”.

Jeffrey Sherwood, senior assistant editor, U.S. Dictionaries, Oxford University Press USA stated “Oxford’s process of adding new words is based on a huge database that scrolls the internet and pulls what people are saying. We evaluate computationally how frequently words are being used and what they are being used with to see what is shifting and emerging."

So the word of the year does not necessarily have to be a neologism. It has to be trending in both online searches and specifically in the searches on the Oxford website as well as social media and internet in general.

The Oxford word of the year is toxic. The medieval Latin term was borrowed from the Latin toxicum, meaning ‘poison’, which has its origins in the Greek toxikon pharmakon – lethal poison used by the ancient Greeks for smearing on the points of their arrows.

Among the nominees this year were techlash (a strong reaction against the major technology companies, as a result of concerns about their power, users’ privacy, the possibility of political manipulation), gaslighting (a form of mental abuse in which the victim is psychologically manipulated so they think they are going insane), incel (a sexually inactive person who wishes they were sexually active), orbiting (when the person who ghosted you continues to linger in your life by watching every single one of your Instagram stories and liking/commenting on your social media posts) and overtourism (when there are too many visitors to a particular destination). As language is a living concept that reflects on societal changes, all of these nominees along with the winner show us where the interest is.

Obviously, “toxic” is the word that best captured the human experience in 2018, with phrases like “toxic masculinity” and “toxic relationship” finding their way into the modern lexicon. Arguably, “toxic” is a much more fascinating word than 2017’s winner “youthquake” - meaning a significant cultural, political, or social change arising from the actions or influence of young people - mainly because “toxic” reflects how single words can expand and change in meaning over time. Toxic went even further than youthquake by being used figuratively and metaphorically.

The popularity of the word has ties with the recent social, political, economic and scientific hot topics of the year in addition to hinting at the emotional status of people.

Ongoing international attention to the case of the nerve agent poisoning of a former Russian intelligence officer, including rising concern over who has access to the world’s toxic chemical stockpiles, ensured that ‘chemical’ topped the list of words most frequently seen alongside toxic in 2018. Adding to the rise of toxic were discussions about toxic waste, and global public health concerns due to air pollution.

Another prominent area of use is the term “toxic environment” itself. However, it has been more frequently used in reference to harmful workplace environments and the toll this takes on the workforce’s mental health. Toxic relationships are not exclusive to the workplace, however, and whether it is partners, parents or even politicians, this year has seen so much discussion of ‘poisonous’ relationships across our society that ‘relationship’ is the sixth most-seen toxic topic for 2018. One re-occurring element in such discussions has been toxic masculinity in line with the #MeToo movement that took over social media.

It is obvious that the literal and figurative use of the word toxic can lead to significant implications in terms of defining the psychological and scientific status of our planet and its inhabitants. Seeing that “toxic” is finding its way into various fields and contexts, I wonder if it has a place in defining certain aspects or challenges of the translation and localization industry. Let us know what you think in the comments below! 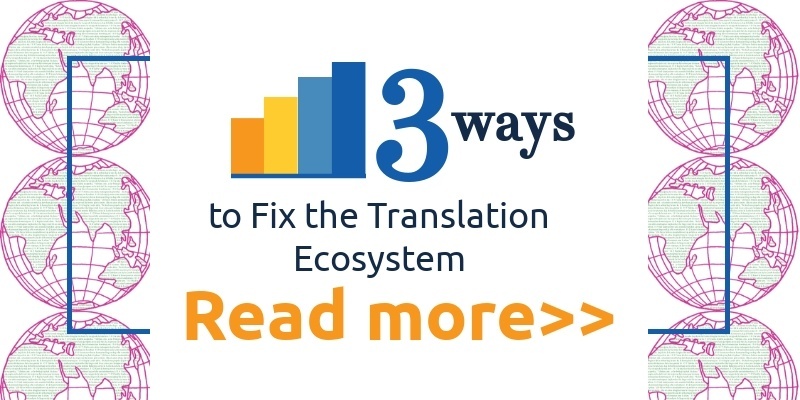